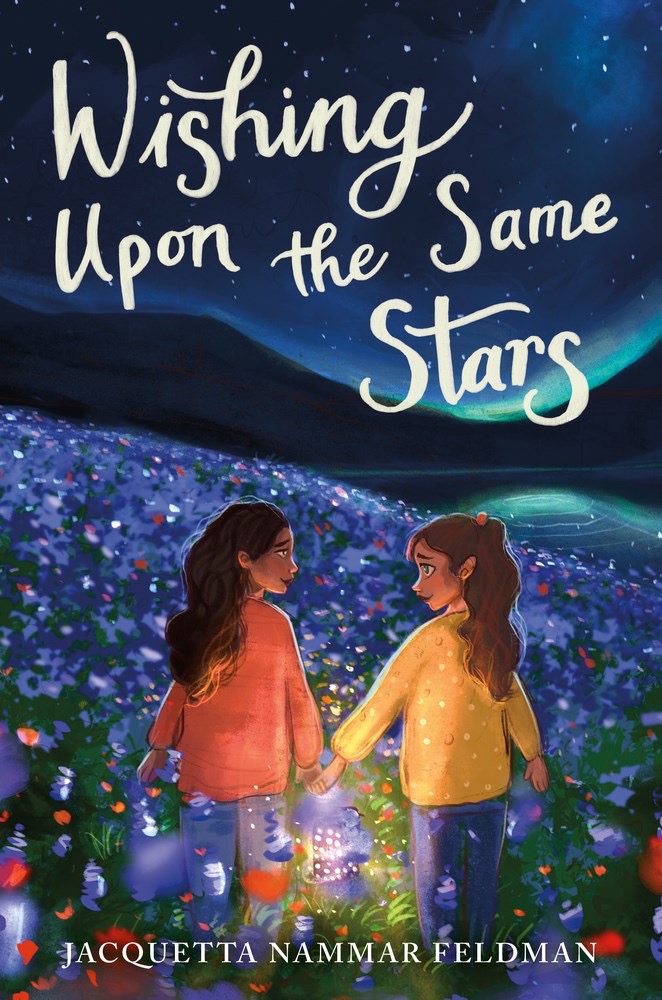 When twelve-year-old Yasmeen Khoury moves with her family to San Antonio, all she wants to do is fit in. But her classmates in Texas are nothing like her friends in the predominantly Arab neighborhood back in Detroit where she grew up. Almost immediately, Yasmeen feels like the odd girl out, and as she faces middle school mean girls and navigates making new friends, she feels more alone than ever before. Then Yasmeen meets her neighbor, Ayelet Cohen, a first-generation Israeli American. As the two girls grow closer, Yasmeen is grateful to know someone who understands what it feels like when your parents’ idea of home is half a world away. But when Yasmeen’s grandmother moves in after her home in Jerusalem is destroyed, Yasmeen and Ayelet must grapple with how much closer the events of the Israeli-Palestinian conflict are than they’d realized. As Yasmeen begins to develop her own understandings of home, heritage, and most importantly, herself, can the two girls learn there’s more that brings them together than might tear them apart…and that peace begins with them?

Praise for Wishing Upon the Same Stars

“A hopeful and big-hearted story about second chances, the undeniable weight of history, and the rocky road we travel when we aspire to connect as humans first, beyond religion or beyond anything that separates us.” —Veera Hiranandani, Newbery Honor-winning author of The Night Diary

“A refreshing and much needed update on the fish-out-of-water adolescent tale that will delight any middle grade reader.” —Carolyn Cohagan, award-winning author of The Lost Children series and Time Zero Trilogy

“This absorbing story compassionately tackles challenging subjects: the immigrant experience, explicit racism, family strife, and the enormity of Palestinian Israeli history. Feldman offers an ultimately optimistic message of hope and a chance for peace in ways both big and small.” —Booklist